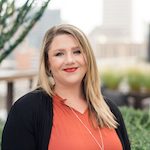 Many physicians of all specialties, ophthalmologists and optometrists alike, perform a variety of services in a single office visit to treat their patients and provide the highest level of care in the shortest amount of time. While this is common, it is also common that not all services will be allowed to be billed together without the use of a modifier on their claim. By definition, a modifier is a code that provides the means by which the reporting physician can indicate that a service or procedure that has been performed has been altered by some specific circumstance but has not changed in its definition or code. The judicious application of modifiers obviates the necessity for separate procedure listings that may describe the modifying circumstance. Two very common modifiers that are often used in billing for ophthalmologists and optometrists are modifier 25 & 59.

There has been a common misconception that by using a modifier 25 or 59 you increase the chance of an audit by a third-party insurance company. While this is true, it is not something that should stop you from using the modifiers when appropriate. Let’s take a deeper dive into what each modifier is and how to use it properly.

Modifier 25, significant, separately identifiable E/M service by the same physician on the same day of the procedure or other service. You may use a 25 modifier when performing a procedure (with a global period no longer than 10 days) along with E/M services also being performed. The key to utilizing modifier 25 is that your documentation needs to support its use in the claim. Having detailed documentation to provide to the third-party insurance company in the case of an audit is essential. Here is an example for you:

A patient comes in for a glaucoma check. Upon examination, the physician finds a foreign body in the eye that must be removed. Foreign body removal has a global period of 10 days, payment includes the office visit. In this situation though, the doctor would code for the exam, and the foreign body removal while putting the modifier 25 on the exam CPT code. This will tell the third-party insurance company that the exam service was a separately identifiable service that was performed on the same day as the procedure. Should an audit be performed, or records be requested for payment, the physician should see no issue in receiving payment on both the exam and the foreign body removal.

Modifier 59, Distinct procedural service. Modifier 59 is used to identify procedures or services, other than E/M services, that are not normally reported together but are appropriate under the circumstances. Documentation must support a different session, different surgery or procedure, different site or organ system, separate incision or excision, separate lesion or separate injury not ordinarily encountered or performed on the same day by the same individual. Modifier 59 does have a high audit rate by third party insurance companies, so documentation in the patient record is key! Keep in mind, there might be some insurance companies that, regardless of your reasoning for the use of 59, no longer allow it and payment will still be denied.

When using modifier 59, all four of these guidelines must be met:

For reference, here is an example of a situation when a modifier 59 would be appropriate to use:

Billing with modifiers should not be a worrisome topic for optometrists and ophthalmologists as long as their patient records show proper documentation justifying the need for the modifier (for services performed). It is key to remember that your patient is the most important aspect to your practice’s success. Having to come to only one visit every 6 months is much more appealing than having to come to two just because you wish to avoid the possibility of an audit. You should always treat them to the best of your capability when they are in your office, document appropriately, code appropriately and use those modifiers and all will be well.