When It Comes to Glaucoma, You’re In Charge 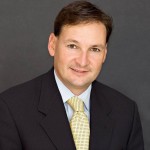 Glaucoma is something optometry has to go into with the attitude of taking charge. As a profession we see 88% of all comprehensive ocular examinations in the U.S. and are likely to diagnose as many as 8 out of 10 cases of glaucoma. Immediately referring these patients out emphasizes how we don’t manage medical eye care and that’s just not right. Certainly there will be cases that require referral but most early and primary glaucoma cases are ours to manage. Given the shortage of ophthalmologists, the aging population and the number of cataract patients ophthalmology will have to operate on, there is no way for the eye care system to work efficiently if we’re not quarterbacking patients with glaucoma.

Another reason to be proactive about glaucoma besides it’s an obligation as an eye care practitioner, is to protect yourself and your practice. The number one reason for malpractice cases against an optometrist is failure to diagnose glaucoma (and I’ve served as an expert witness for at least four such cases). No one wins meaning, meaning even if the case doesn’t find the optometrist culpable, the patient is still often visually affected, and the time and consequences of going through the process are hard on everyone. So let’s look at what’s new in glaucoma.

Two similar acronyms for two new diagnostic tools. The Ocular Response Analyzer (ORA) from Reichert, measures hysteresis (and more), which is a critical measurement for glaucoma management. In cases that seem on the fence as to starting treatment, it is the ORA that makes the decision for me. There are four key measurements involved: The waveform score, which is a measure of reliability is the first thing to look at to ensure the measurement is accurate. Next is hysteresis, which is the ability of the cornea to absorb pressure like a shock absorber. In fact it is the most predictive measurement of
worsening glaucoma or loss of visual field. A reading of less than 8 indicates a patient that is most likely to be a fast progressing case. IOPg gives the Goldman correlated IOP and is very accurate and IOPcc measures the corneal compensated IOP. I’ve seen patients with thin corneas (505 microns) have an IOP of 16 with Goldman but 19 with IOPcc and that explained why they were progressing. Corneal thickness has been proven to be inaccurate in predicting actual IOP. The ORA is extremely valuable in determining a suspect versus one with glaucoma and it’s a new technology NCT, which is not at all like the NCTs of the past.

The ObjectFIELD Analyzer (OFA) is the newest device to be approved (Konan Medical) and is a revolutionary innovation. If you were to ask patients what test they dislike the most in an optometry or ophthalmology office, they will often say visual field testing. And it’s extremely frustrating for the doctor too! We’ve all had the patient who after 20 or 30 minutes of testing had so many errors that the data was worthless and it had to be repeated. Current subjective visual field testing is not reliable and often takes multiple attempts. I’ve seen cases that looked alarming that were completely normal after the subjective third visual field test and I’ve had patients that fell asleep while taking the test! It’s time for something new and accurate. This is the first objective field analyzer. It takes less than 7 minutes to run a 30-2 (and it give you the 24-2 information as well). You can also run macular field testing so it’s versatile. The device documents the reaction of the pupil to stimulus in each of the hemifields and works in patients who have had a stroke to neurological disorders to glaucoma. Even the color of the test object neutralizes brunescence and thus cataracts will not affect testing. It bases measurements on amplitude and latency of the pupil response to a specific stimuli and in less than 7 minutes provides a printout similar to the visual fields we are accustomed to interpreting. In fact the inventor, Ted Maddess PhD, also invented subjective perimeter testing. I believe that objective field testing may one day replace the frustrating subjective field testing, which looking back will seem archaic.

It’s been over 20 years since we’ve had any fundamentally new topical drugs for glaucoma and as of last month we’ve had three in about a year! The most recent approval is that of Rocklatan (Aerie Pharmaceuticals). Rocklatan is a combination of Rhopressa with latanoprost. Now before you say that’s not new as Rhopressa or netarsudil was approved last year and latanoprost over 20 years ago, the fact is that the reason we’ve not seen a combination agent approved in decades is because the FDA now requires that the combination be superior to each independent drug combined. Meaning the combo must be better than Rhopressa’s effect alone + latanoprost effect alone. What that meant to me was that we’ll likely not see another combination agent…. well until last month. Rocklatan, dosed QHS, showed IOP lowering effects that were greater than any other FDA clinical trial with almost 80% of patients achieving an IOP less than 18mmHg and 41% with IOP’s less than 14mmHg. Netarsudil, alone as in Rhopressa or within Rocklatan is an entirely new class of glaucoma medications known as RhoKinase inhibitors which target or possibly remodel the TM. 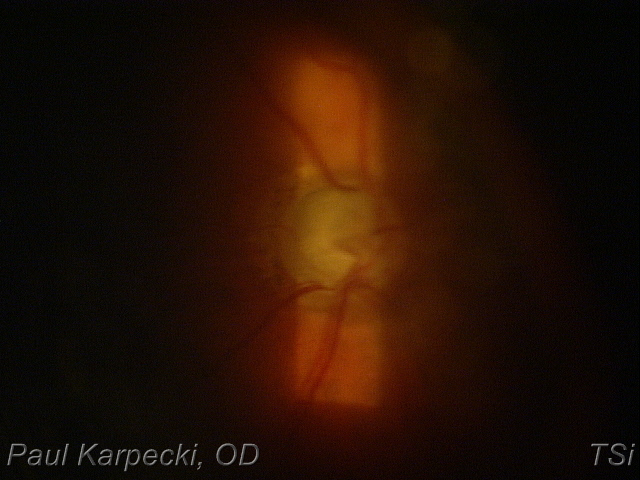 The other advanced glaucoma drug involves the use of nitric oxide (NO) and that is Vyzulta (lat-anoprostene bunod 0.024%, Bausch Healthcare). What makes both of these drugs unique is that they work on the trabecular meshwork. Vyzulta, which is dosed QHS also, utilizes a PA but also butanediol mononitrate, which releases NO. NO has been shown to relax the TM to increase outflow.1 In glaucoma patients the TM is often compacted, which thus prevents proper aqueous outflow. Studies have shown that patients with glaucoma have a lower concentration of NO in their eyes due to high concentrations of NO synthase.2 My own experience shows Zyvulta to be a superior glaucoma medication in reducing IOP as a first line therapy and clinical studies showed it lowered IOP more than any previous glaucoma medication when compared to timolol BID. So we have two drugs that finally target where we have the disease – the TM.

For the most part, the one chance we have at recommending a microincisional glaucoma surgery (MIGS) is at the time of cataract surgery. The procedures are very effective and have minimal complications.3 Most patients are down to 1 or no medications after implantation.4 There are over 4 million cataract procedures performed per year and approximately 20% of the cataract population has concurrent glaucoma. This is a terrific opportunity to add a MIGS. Ab interno procedures (internal outflow essentially) are showing great promise and the newest approved MIGS device called the Ivantis’ Hydrus Microstent have shown a 43% greater IOP lowering than cataract surgery alone. Furthermore the IOP delta compared to the group not receiving a MIGS was lower in year two compared to year one. These results exceed any previous pivotal trial for a MIGS technology. Optometry’s recommendation goes far and provides them the opportunity to go to 1 or no medications. And just because they have a MIGS doesn’t mean their glaucoma is cured; it still requires a typical follow-up and appropriate testing of 3-4 visits per year regardless of if they are on topical medications or not, to monitor for disease progression.

The Role of Compounding in Glaucoma Management

I recently had a family friend’s grandfather present with 0.9 CDs, visual field loss and pressures of 27 and 28 on 3 different glaucoma medications. Perhaps there was some non-compliance but he was on track to complete vision loss. I performed an SLT, which initially lowered his pressures to 19 OU. I was pleased with his outcome but six month’s later his pressures were consistently 22 and 23. He needed cataract surgery so a MIGS was performed lowering him to 18 in each eye. Given his fixation loss potential and gauging his difficulty with various drops at various times, I resorted to the Imprimis Quad Drop QHS (Timolol, brimonidine, dorzolamide and latanoprost) PF and Triple (Timolol, brimonidine and dorzolamide) PF in the morning. It’s been over two years now and his most recent visit is showing great stability in the disease and pressures of 13 and 12 consistently. I’ve been going to the compounding option sooner now in many patients who are having difficulty with multiple drops and/or need a preservative-free
formulation.

The incidence of glaucoma is increasing and it’s going to require optometry to play a very proactive role in order to manage this disease effectively by knowing about the newest medications, surgical options and new diagnostic technologies.