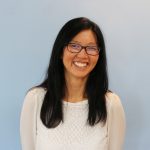 Being true to your values can be a surprisingly successful recipe for growth.

Dr. Summy To of Myoptic Optometry in Portland, Oregon brings her personality to work in an unusual way; through her personal values of giving and connecting. And it seems to be working; what started as one office has since expanded to three offices with 18 staffers, including four optometrists and nine opticians, one lab specialist, and a community outreach specialist.

Fueling this 7-year success is a combination of thoughtful planning, participation in community and charitable events, and a strong online presence. Myoptic has garnered overwhelmingly positive reviews on Yelp, including several perfect 5-star ratings and the OpenCare 2015 Patients Choice award.

It all began in 2010 in Portland’s North Williams area, a neighborhood that was, at the time, undergoing transition. The mostly residential area didn’t have many optometry practices at the time. “I saw a need for that area,” Dr. To says. With help from her husband, who ran a creative design and strategy firm (and has since quit his job to work for Myoptic full-time), she created the prototype for the Myoptic brand with messaging, color palate, and furniture choices.

In 2014, Myoptic opened another office in southeast Portland, this time a well-established upper-middle class residential neighborhood. And just this June, Myoptic celebrated its grand opening for a third office in a location that Dr. To says she’s always kept an eye on. 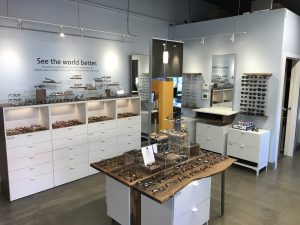 “Sellwood is a very close-knit community, and it happens to not be saturated, which is pretty rare for Portland,” she says. When a commercial space opened up that was the right location and size, Dr. To grabbed it.

“It’s been incredibly welcoming,” she says. ”People walked in just to get to know us, and that’s the type of community we want to be in.”

“We built [Sellwood] with the same design and operation as the other two, so by the time we opened, people already knew who we were,” Dr. To says. “That’s our goal, to make sure they’re all the same as much as possible.”

And because the new office is a bigger space, Dr. To says she was able to try some things they couldn’t before—including installing a photo booth in the waiting room, which adds a bit of fun for customers and is practical at the same time. Patients can take hard copy ‘selfies’ of themselves in their new frames.

Community outreach is a huge part of the practice. Besides its active three social media accounts on both Facebook and Instagram, Myoptic connects with patients through a monthly newsletter, resources on its website as well as regular blog updates which are written by the doctors. As part of their employment contract, doctors must contribute to the blog. However, they all take turns so writing is not too burdensome.

Another fun way Myoptic connects with customers is through an Instagram account just for the practice’s four-legged visitors. It all started casually with a new employee who loves dogs. Portland is a dog-friendly town, but while dogs are welcome in the waiting room, they are not permitted in the exam room. “We’ll give them treats and we leave a water bowl outside,” Dr. To says. “It’s super fun.”

The Rewards of Giving Back

But one of the most successful outreach efforts is the company’s regular donations to local charities. New patients are given the option to choose between several different charities when they fill out their medical history forms, after which each charity receives a donation in proportion to how many patients chose that particular charity. The donations and charities are announced on social media channels and the company website.

“It’s the most rewarding out of all the things we do,” Dr. To says. “It is such a win-win, when you want to give, you get rewarded by people wanting to be loyal to you. And if people want to feel like they’re making a difference, it’s an easy way to contribute.”

So far, Myoptic has donated close to $15,000 to the Oregon Food Bank, $16,000 to Oregon Public Broadcasting, and $11,500 to other local charities, including The Street Trust, which organizes an annual bike-to-work challenge that Myoptic also participates in.

Other ways of giving back include performing monthly free eye exams and giving new eyeglasses to disadvantaged students.

“We work with two charities, one of which is Rosemary Anderson High School, which serves youth who can’t keep up with the school system—they may have difficulties,” she says. “What you realize is that some of these kids have 20/400 vision, and you wonder how much that contributed to their not doing well in school.”

Free eyeglasses are provided through a partnership with another company that donates “extremely hip-looking glasses,” Dr. To says.

Staying True to Themselves 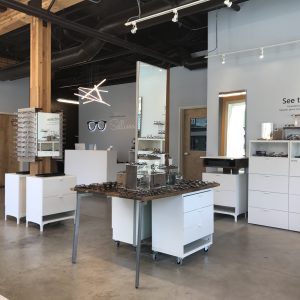 These efforts through social media and charitable giving are what make Myoptic stand out.

“What helps us is that we stay authentic, we don’t try to copy someone else, try to be something we’re not, Dr. To says. “Even though we’re still happy with what we’re doing now, we always want to know we’re always getting better.”

When asked if this means Myoptic has plans to expand to more locations, Dr. To explains “It depends on the opportunity. We don’t have plans [to build a new office], and there’s a risk of spreading yourself too thin.”

“We don’t want to become too impersonal,” she explains. “The less time my husband and I have to connect with our staff, the riskier it becomes. The goal is not to become bigger and bigger but to become better and better.”