Overwhelmed by MIPS? Set your practice up for success!

Overwhelmed by MIPS? Learn How You Can Set Your Practice Up For Success! 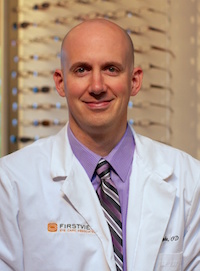 The landscape of managed healthcare and quality reporting is ever-changing and as we approach the end of 2016, now is the time to ensure your practice is up-to-speed on the latest requirements. PECAA, along with our Premier Vendor Partner RevolutionEHR, are here to provide you with the information you’re looking for as these important changes take place.
Wondering how MIPS affects you and your practice? With the Quality Payment Program final rule fresh off the press, join Brett Paepke, OD and Director of ECP Services for RevolutionEHR, for a discussion of how MIPS originated, how it will affect your reimbursements and influence access to patients in the years ahead.
How does MIPS affect me and my practice? Dr. Brett Paepke answers the following FAQ’s:

I think to effectively answer what MIPS is, we need to take a quick step back at where it originates. First, the piece of legislation known as MACRA (Medicare Access and CHIP Reauthorization Act of 2015) was enacted to modify the way that doctors are paid. We know that up until now, doctors have been paid completely on volume where the more patients they see and the more services they provide, the more money CMS (Centers for Medicare and Medicaid Services) sends their way. MACRA does away with the traditional approach to annually adjusting the Medicare Physician Fee Schedule and, instead, creates something called the Quality Payment Program (QPP) which bases reimbursements more on quality instead of quantity. The QPP creates two “paths” for provider participation: alternative payment models (APMs) and the Merit-based Incentive Payment System (MIPS). MIPS is that path that over 90% of eligible clinicians will follow in 2017 and that’s why it has been the focus of so much discussion.

How does MIPS alter reimbursements?

Is it true there are no longer individual penalties for PQRS, MU and the Value-based Payment Modifier?

Beginning in 2019, that’s correct. 2018 is the final year that providers would experience separate penalties for each program based on their performance two years earlier. In 2019, reimbursements would be adjusted up or down based on a provider’s actual 2017 performance within the MIPS categories.

How will I report for MIPS?

Providers will have the ability to report via different methods for each category if they desire. For example, an optometrist could manually attest to Advancing Care Information in a similar fashion to how they did for Meaningful Use, yet submit their PQRS/Quality data via claims. Each category will allow providers a list of options for submitting their data.

Will everyone be subjected to MIPS?

Providers that are new to Medicare Part B participation in the performance year would be excluded as would those who saw less than 100 Medicare Part B patients or generated less than $30,000 in Medicare Part B allowable charges.
Also remember that MIPS is only one path of the Quality Payment Program with the Alternative Payment Model (APM) path being the other. Not everyone will experience MIPS, but CMS anticipates less than 10% of providers would qualify for the APM path early on. That’s because 1) there aren’t a whole lot of advanced alternative payment models out there at present, and 2) a significant amount of patient volume need to flow through the APM for provider to qualify for that path. In other words, simply being involved with an advanced APM doesn’t qualify a provider for that path. They need to also exceed a certain threshold of patient volume or revenue.

Is it true that CMS has added flexibility for reporting in 2017?

Yes, with 2017 rapidly approaching and there being widespread concern about how quickly the Quality Payment Program is being implemented, CMS has decided to allow providers the option of submitting data for varying lengths of time in 2017. The longer reporting period chosen, the greater the potential increased reimbursement in 2019. This is a significant change from the initial proposal which would have required a full calendar year of data from all providers.

By law, MIPS information will be made available on Medicare’s Physician Compare Website. Physician Compare will allow the general public to search for providers within a specific zip code or city, see their MIPS composite score and how they performed within the various categories (Advancing Care Information, Quality, Resource Use, Clinical Practice Improvement Activities).
Now would a potential patient look at Physician Compare and make their decision entirely on MIPS performance? Probably not, but it’s another thing they could use in their decision making process. The other consideration is that if the information is readily available and makes it easy to “rank” providers in a community, it’s not that big of a step to think that a 3rd party could eventually draw a line across the middle and say “the providers above the line are doing the things we value, so these are the ones you can choose from”.
So much time is spent discussing the direct impact on reimbursements that we shouldn’t neglect how quality data could ultimately be used to influence access to patients.

Want to learn more on the Final Rule and how quality reporting will impact your future reimbursements? Join RevolutionEHR for a webinar!

Your involvement in managed health care systems will depend on your participation in quality care reporting initiatives. Many ODs aren’t yet fully aware of the various reporting expectations outside of Meaningful Use and PQRS.
Join Dr. Brett Paepke, RevolutionEHR Director of ECP Services, as he discusses the current and future quality reporting landscape and how your participation today will impact future reimbursements and access to patients.
The Merit-based Incentive Payment System (MIPS) final rule will be discussed and particular attention will be paid to how certified EHR technology can make your participation easier.
Register to save your spot, you will receive a confirmation email shortly after registering.