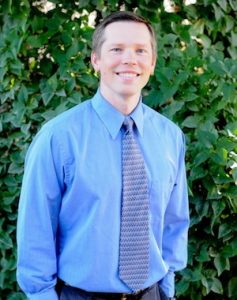 Providing Help Where It’s Most Needed

Optometrists can make a huge impact in a community by providing high-quality eye care and customer service to patients, and they can make an even greater difference once they step outside their borders. Dr. Jeffrey Pelson has done just that, halfway around the world, in an African country where basic medical care is scarce, with eye care even more so.

Dr. Pelson, one of five doctors at Eye Care Group of Southern Oregon in Grants Pass, OR, started up a clinic in Koboko, Uganda, this year. He got the idea from his church, River Valley Church, which runs a non-governmental organization, K.I.D.S (Kids in Desparate Situations) in Uganda, that goes to Africa each year.

Dr. Pelson, along with his wife, four children and other church members, have been traveling to Uganda as part of the mission team for the past 3 years and providing eye care services to the local community. But this was the first year his team was able to set up a year-round clinic.

“This year we were fortunate to meet an ophthalmologist in training who is currently seeing patients two days per week and running the clinic while our group is back in America,” Dr. Pelson said. 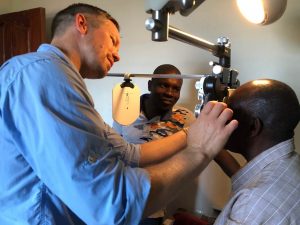 K.I.D.S in Uganda performs humanitarian aid work in Uganda and serves over 1,200 orphan children across the country, Dr. Pelson says. The vision clinic is in the northeastern part of the country near South Sudan and the Democratic Republic of the Congo.

He says the clinic serviced about 50 children this year, and he is grateful for the community leaders there who are keeping the clinic open.

“Koboko has a local population, and it also has refugees from South Sudan, so it’s a pretty large community,” Dr. Pelson says. “There is a huge need for vision care services. Education is valued there, but of course it’s difficult to learn when you can’t see.”

Dr. Pelson says the patients generally have eye care problems that are similar to those he sees in the United States, with a higher incidence of cataracts due to the sunny weather.

“But of course, there is a huge amount of poverty, so that affects the type of care people get,” he says. “There are only about 14 to 15 optometrists in an entire country of 44 million.”

Making It All Happen Through Donations 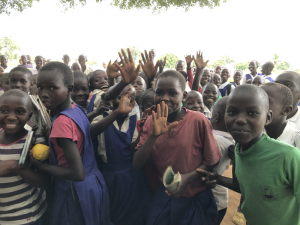 The trip is a total of three weeks, Dr. Pelson says, and his colleagues at Eye Care Group, Dr. Dan Vidlak and Dr. Scott Walters, hold down the fort while he’s away.

Flying to a remote city is the costliest part of the trip, Dr. Pelson says. “Once you get there, it’s inexpensive.”

Setting up the clinic was greatly helped by companies that donated thousands of dollars in equipment and supplies, Dr. Pelson says, including Topcon, Eyes of Faith, Luneau Technology, Hoya, and Pacific Artisan Labs.

He says he will likely return to Uganda in a year or two to check on the clinic and deliver more supplies, and he is happy to share information with other optometrists wanting to serve others in a similar way.

All the fundraising and hard work are worth it, Dr. Pelson says. “The people are very grateful, they are a very happy culture, and thankful that we’re there.”

To follow along with Dr. Pelson’s adventures in Uganda, visit his blog here. He can be reached at drp@eyecaregroup.net. 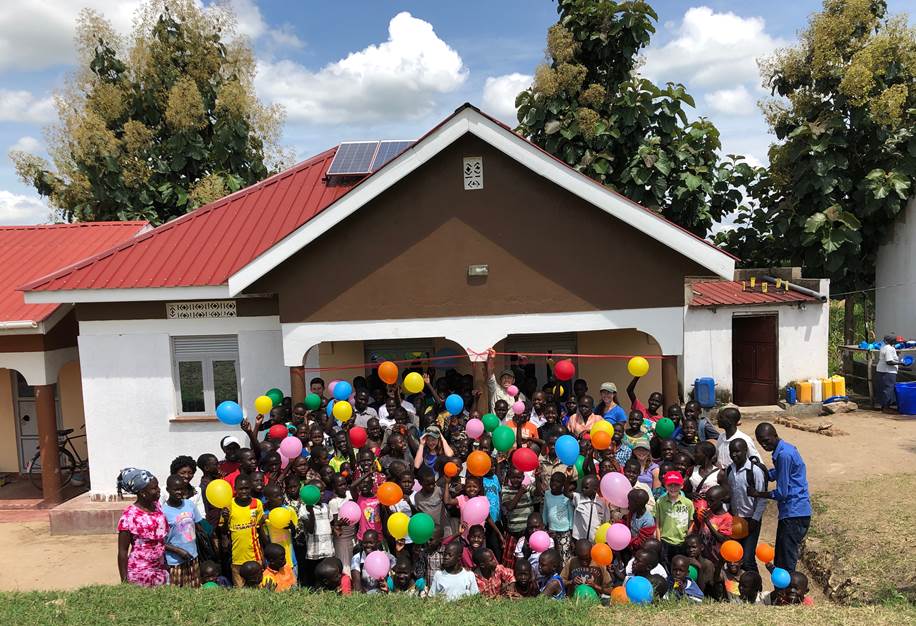