The Perfect Trifecta for Our Member Appreciation Event

In our recent series of communications detailing some history & fun facts about Austin – we’ve touched on just about everything except the live music & notorious BBQ found exclusively in the Austin scene and we’d be remiss not to share a few highlights, especially since all members will have the chance to be immersed in these specialties at the Member Appreciation Event, being hosted on Friday, May 17, 2019! 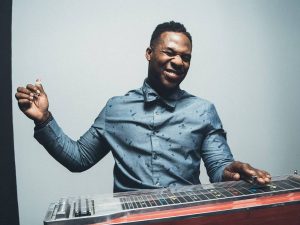 What would an iconic music venue experience be, without a 4-time Grammy nominee artist? PECAA members, get ready to be immersed in a live music performance by an American Funk & Soul band led by steel guitarist, Robert Randolph & the Family Band – Sponsored by: Transitions Optical

And speaking of live music, Austin has earned its self-proclaimed title of being the Music Capital of the World, with more live music venues per capita than any other city in America. The patron saints, Willie Nelson, Townes Van Zandt, and the Big Boys fed a growing club scene and a profusion of bands in the 70’s & 80’s and, eventually, the live music show Austin City Limits helped usher in a nationally recognized music scene in a city which is now known for every possible genre – country, rock, blues, punk, soul, pop, alternative and roots.

Here are some music venues to check out, where you’re bound to encounter your own chapter of Austin music history; C-Boy’s Heart & Soul, Broken Spoke, The Continental Club, Beerland, The White Horse, Carousel Lounge, Cheer Up Charlie’s, Mohawk, Scoot Inn, Hole in the Wall & Skylark Lounge.

You don’t get much more authentic than this music gem-of-a-venue exclusive to Austin, TX. Host to over 100+ concerts a year and the permanent home for KLRU-TV produced PBS series, Austin City Limits, the longest-running music series in American television history – ACL Live at the Moody Theater features a state-of-the-art, custom concert & TV taping lighting system and is the venue chosen for PECAA Members to experience at their Member Appreciation Event! 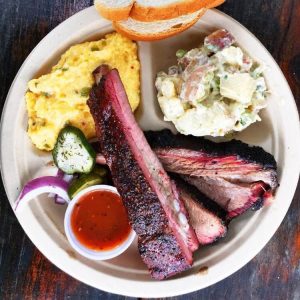 Austin runs on food trucks and with over 1000+ food trailers in operation, a delicious culinary exploration begs to be discovered. With literally every imaginable style of food available to tempt your palette, here is a list of a few top-rated trucks to track down during your time in Austin: Three Little Pigs, Patrizi’s, Arlo’s, Garlo’s Lobster Truck, Paperboy, Kebabalicious, Baton Creole, Dee Dee, Via 313, Vera Cruz All Natural, Luke’s Inside Out, Churro Co., El Primo, Valentina’s Tex Mex BBQ, Boteco, Four Brothers, or Bombay Dahba.

And we saved the best for last… Micklethwait Craft Meats – an Austin Original, vintage food trailer touting award-winning BBQ and featured on Eat St., Food Paradise & Travel Channel – will be serving up a custom menu at PECAA’s Member Appreciation Event.

The moral of this story? You DON’T want to miss PECAA’s Member Appreciation Event being hosted on Friday, May 17, 2019 – where you will be treated to the perfect trifecta of music, food and a historic venue.

See you all in a few short weeks at the PECAA Annual Meeting 2019!