Member Spotlight: Transitioning from a Member to a Regional Leader

Transitioning from a Member to a PECAA Regional Leader 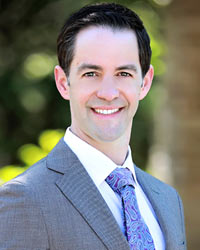 As a partner at Naper Grove Vision Care in Naperville, IL, Dr. Michael Halkias has witnessed the practice grow to its now 32 employees in two separateoffices. The practice, which has been around since 1949, sees over 15,000patients a year, with a 10% increase in the number of patients seen this year alone. From receptionists, office managers, medical billers, optometrytechnicians and five doctors, with plans to hire more in 2018, Dr. Halkias has seen firsthand the transitions the practice has undergone in recent years. Since joining PECAA four years ago, he has noticed the business operating much more efficiently; “It’s taken our practice to a whole other level.”

When an opportunity for a PECAA Regional Leader presented itself in the Illinois area in June, naturally, Dr. Halkias was a perfect fit. He was able to seamlessly transition from a PECAA Member to a PECAA Regional Leader, and just had his first Peer-to-Peer dinner in the Chicago suburb of Oak Brook, IL in September.

We recently had a chance to catch up with Dr. Halkias to learn about his experience with PECAA, his take on the differences between being a Member and being a Regional Leader, and learn how the September dinner in his area went.

How were you first introduced to PECAA?

It was through our Johnson & Johnson rep — he came to us and said; ‘There’s a group that you’d be interested in.’

Our initial interaction with PECAA started with just simply receiving the quarterly check through the IncentivEYES vendor program. And that’s all I thought it was, during the first year. After that, though, it became apparent that the group is about more than just a rebate check. It became tutorials, the Annual Meeting, learning and networking events that help you grow your practice. It was a way to connect with like-minded people who were interested not just in the science behind optometry, but also the business aspect.

Another thing we benefitted from is the software introduced to us called Glimpse, where PECAA MBAs come in and analyze our books, help us be more efficient, and build our practice management skills. PECAA really offers many tools out there that private practices can benefit from.

What made you interested in accepting the Regional Leader position that became
available in the Illinois area this year? 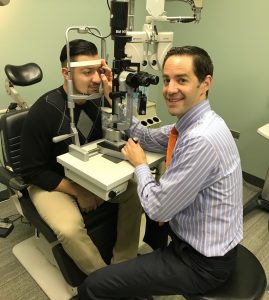 I thought it might be fun to teach new and existing PECAA Members in our area about benefits/programs they were unaware of to help their practices grow. Every practice can improve in some way and PECAA has lots of answers to those questions if you know where to look. Also, being in a leadership position helps me give back to an organization I benefit greatly from.

What is it like being a Regional Leader as opposed to a Member?

You’re an ambassador of the alliance and work as a communicator to let people know that it’s about more than just a rebate check – more than bulk buying. You get to go behind the scenes and learn about new practices that are interested in joining, so you can reach out and make them aware of all that is available to them through PECAA.

If you’re thinking of becoming a Regional Leader, you might consider attending the next Annual Meeting in Tucson as well as a few regional Peer-to-Peer dinner meetings. And of course, I encourage Members to go on the PECAA website to see who the new vendors are and learn about the new connections that PECAA has made.

Part of your role as Regional Leader is to foster community and facilitate the Peer-to-Peer meetings in your area. You just had your first dinner meeting in September. How did it go? 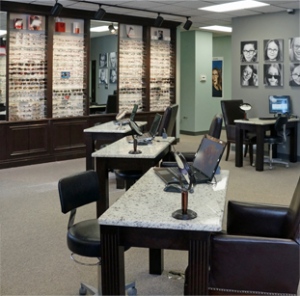 The topic was the medical model of optometry, how our profession is evolving and changing. It was mostly optometrists, but we also had business administrators, medical billers — a total of 15 to 16 people.

We discussed the challenges of treating and also billing. It was a lively discussion with a lot of agreement and disagreement. By the end of 2 hours, a lot of people walked away with some new tools that they could bring back to their practices.

Do you have any advice for Members that want to become more engaged with PECAA services?

Read the newsletters and check the website at least a couple of times a month. There is good
information in there and new PECAA vendor partnerships form frequently. Ask questions and try to attend regional meetings and dinners when they become available. They’re fun because you collaborate with colleagues, have some great debates, and always leave with some fantastic, new knowledge about the business side of optometry.